Update on my Brumby

Show off your Subaru to other members. Tell us a bit about it. What mods you have done or have planned for the near future.
Post Reply
720 posts

Update on my Brumby

Im very proud of her

this how she looked just after I got her 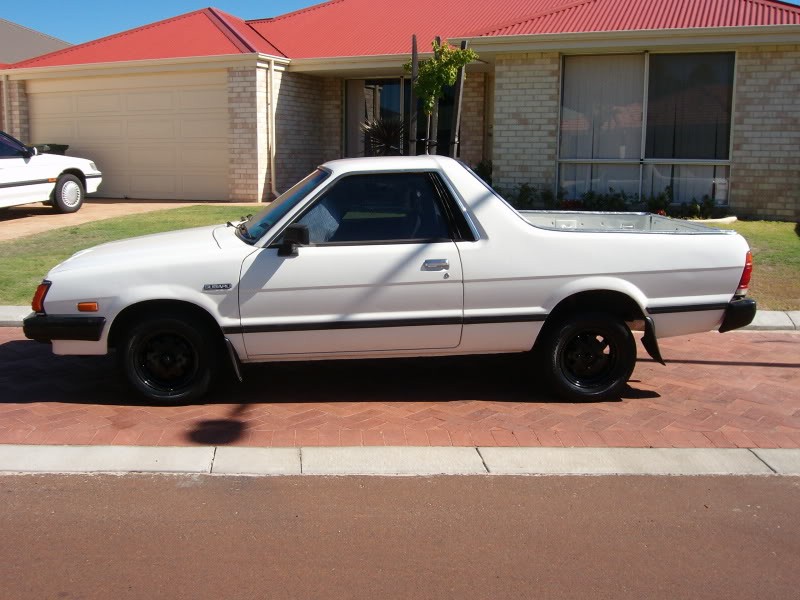 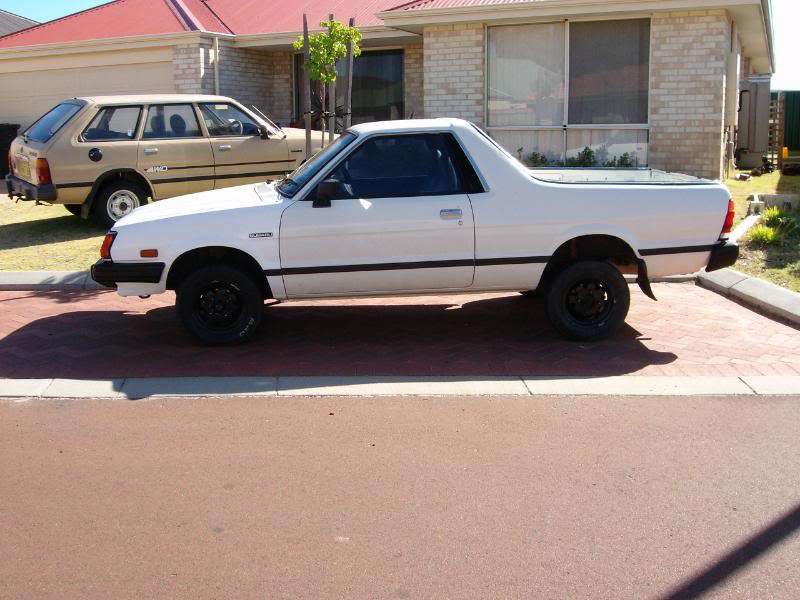 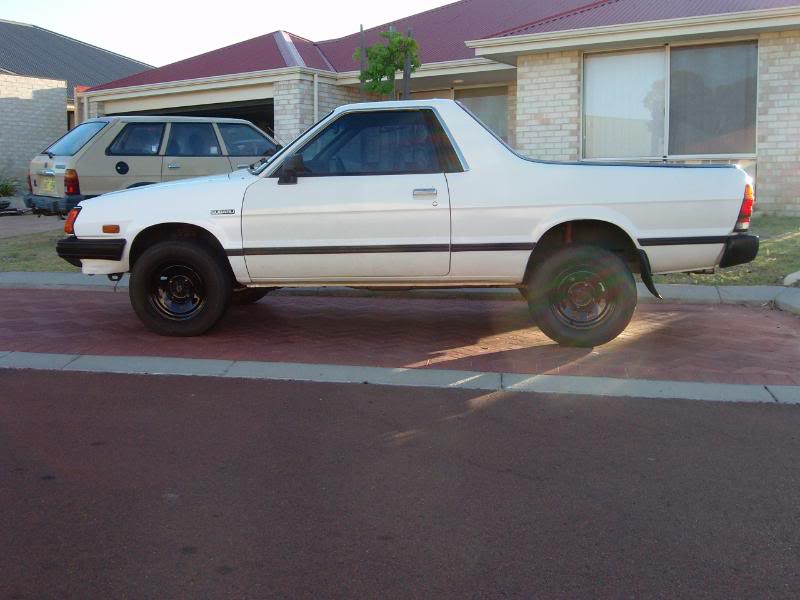 one day I will get around to finishing the motor mods but for now she runs great ( when I have a money tree:) )

Haha I hoped this would happen! This car is obviously well loved and cared for from the pictures you have posted here.

The tray looks very clean on yours (mine is a bit agricultural), what condition is the tailgate in? What mods are you doing to the motor?
Top

they tray has bog in it

as does the tailgate , I have another but Im low on funds so I can't even paint it at the moment to put it on

Any progress on the carbed EJ? Are you modifying an EFI manifold or making a new one?

GOD wrote:Any progress on the carbed EJ? Are you modifying an EFI manifold or making a new one?

My dreams to date

Ive found several electronic dizzys at the local wreckers with cam mounts, it is looking like a toyota based one will be the best fit with an adaptor plate, failing that Ive got a fiori dizzy that needs a rotor button and cap that I can shove a electronic dizzy kit into (have kit need time to put in the dizzy) and mate it to an adaptor and away she will go (hopefully)

anyone need a T.A. or a service man in WA (Im ready to start yesterday)

is that lift kit a 2inch or a 3inch? i wanted to put a lift in my car and leave the 13inch rims on. but after seeing ur brumby with the 13's on, it looks a little bit weird (the tyres dont fill the guards) so i might give it a miss untill i can get bigger wheels and tyres. nice score on the lift kit and wheels/tyres too. i could see why you would want more money to be a teacher. i was thinking about the hell some of my teachers went through and i would never be able to put up with it. you must have a lot of patience hahaha
Top

If you want to go 13inch rims just go a bigger tyre.

but Im sticking with my 14's

Loving it but I still need to fit my guard flares

at least 5kg all up

hmmmm was that a good Idea ?

i had a urine sample that was that colour, the other day. might be the red dirt finally coming out too!
Top

wrxer wrote:i had a urine sample that was that colour, the other day. might be the red dirt finally coming out too!

Toonga, I don't think your brumby looks that weird with a 2 inch lift and the standard 13 inch rims and tyres. Looks good if you don't want to upgrade the tyres.

Sunnie had that fine dust in the same panels too. I vacuumed it out and left it at that.

Like AP, I too want a brumby of my own. Thought I had one sorted last week but it went right outside my non existant budget

i know ALLLLL about that dusty mud like substace your refering too. ive gernied my shell out 3 times already, and still it comes. from where i dunno. everywhere is my guess. my car is 82 model though, and has seen some mud as a rallycar. will be the cleanest one out when im done though.
Cheers, Rohan M.

http://www.BERSERKARU.com <For All Berserk Subarus<
Top

Bennie the 14's and the guard flares are now on the car I had 2 complete flares and 2 smaller bits that I had cut down for the back from one piece, by chance I went to clark rubber in Bunbury as they were looking for staff (I still haven't heard from them:( ) and in their offcuts they had 2 pieces of flare that was pre cut it is normally 22 dollars a metre they gave me it for 10 bucks so now I have all the flares done properly

and when I put on my other fuel cap the vapor problem stopped imediately YAAY!!!!!!!!

The brumby looks great with the 14s and the 2 inch lift. My dad has recently done exactly that with his brumby, and I'm going to do the same with mine, too. Not too high, not too low. Any bigger and you have to start cutting the arches away like Brumbyrunner has!
Living in Canada now. Looking at all these SVXs for sale...
I'VE GOT AN OUTBACK AGAIN WOOT
Top

ok time for another update on the brumby

recently my ea81 decided it would get extremely tempremental so with the help of a free donor from a friend (Pete) in Perth, Paul (owe you still) put up with me while the engine was replaced (thanks again)

an escort mark 3 dizzy was aquired (I will probably have to give up my firstborn for that one) and only slightly modified to fit (the keyway for the cam was machined a small amount)
lots of pics (lazy this morning)
http://s132.photobucket.com/albums/q4/W ... onversion/

and finally frank was beheaded to reveal a nice suprise

the donor engine( why Stimpy why?)

so progress is being made still some parts needed (anyone care to donate a SOHC headgasket kit) (or a 21 spline 225 mm brumby clutch kit?)

and a big thanks to all those involved again

Looking good and another update for ya today..

But I have this for ya.. Clean heads ( well.. a lot cleaner than they were

You know you are getting old when the candles on your birthday cake start to cost more than the cake itself.

Disclaimer: Not my website but hyperlink here to Subaru workshop manuals
Top

Return to “My Subi”